The preaching of God's word on divorce and remarriage is bringing many to their knees in sorrow. They are opening their Bibles and finding that God has never approved a second marriage while their original spouse still lives.

Have you not read that He who made them at the beginning made them male and female. For this reason a man shall leave his father and mother and be joined to his wife, and the two shall become one flesh? So then, they are no longer two but one flesh. Therefore what God has joined together, let not man separate (Matthew 19:4-6).

The sin arises when you have become one flesh, separate, and then join with another. For the woman who has a husband is bound by the law to her husband as long as he lives. If while her husband lives, she marries another man, she is called an adulteress (Romans 7:2,3). To live as man and wife when one or both partners have previous spouses that are still alive, is to live in adultery. You are building a new relationship on a false foundation that Jesus calls adultery (Luke 16:18). 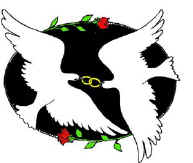 repent of your second relationship and either remain single or be rejoined to your true spouse.

We are saddened by "families" being broken up over this issue. But if a "marriage" is being built on the foundation of adultery, instead of God's foundation of being married "until death do us part," then the foundation is sand and will not stand on judgment day. Your original marriage is the marriage recognized by God. God made you one flesh for life because He seeks Godly offspring:

The LORD has been witness between you and the wife of your youth, with whom you have dealt treacherously; yet she is your companion and your wife by covenant. But did He not make them one, having a remnant of the Spirit? And why one? He seeks godly offspring. Therefore take heed to your spirit, and let none deal treacherously with the wife of his youth. For the LORD God of Israel says that He hates divorce, for it covers one's garments with violence.

We urge you in Christ's name to examine your own marriage and see if it is based on the Biblical foundation of one man and one woman married for life.

If you find your marriage is not based on a Godly foundation because you formed a union while an original spouse was still alive, then you must repent of this "marriage." In God's eyes it is not a marriage. It is adultery. If children were born of this adulterous relationship, they are born out of wedlock and are bastards. However, you are still responsible for them. There are many other concerns that must also be worked out. But the first step is to acknowledge the sin and then ask God's forgiveness and guidance as you seek to return to His favor.